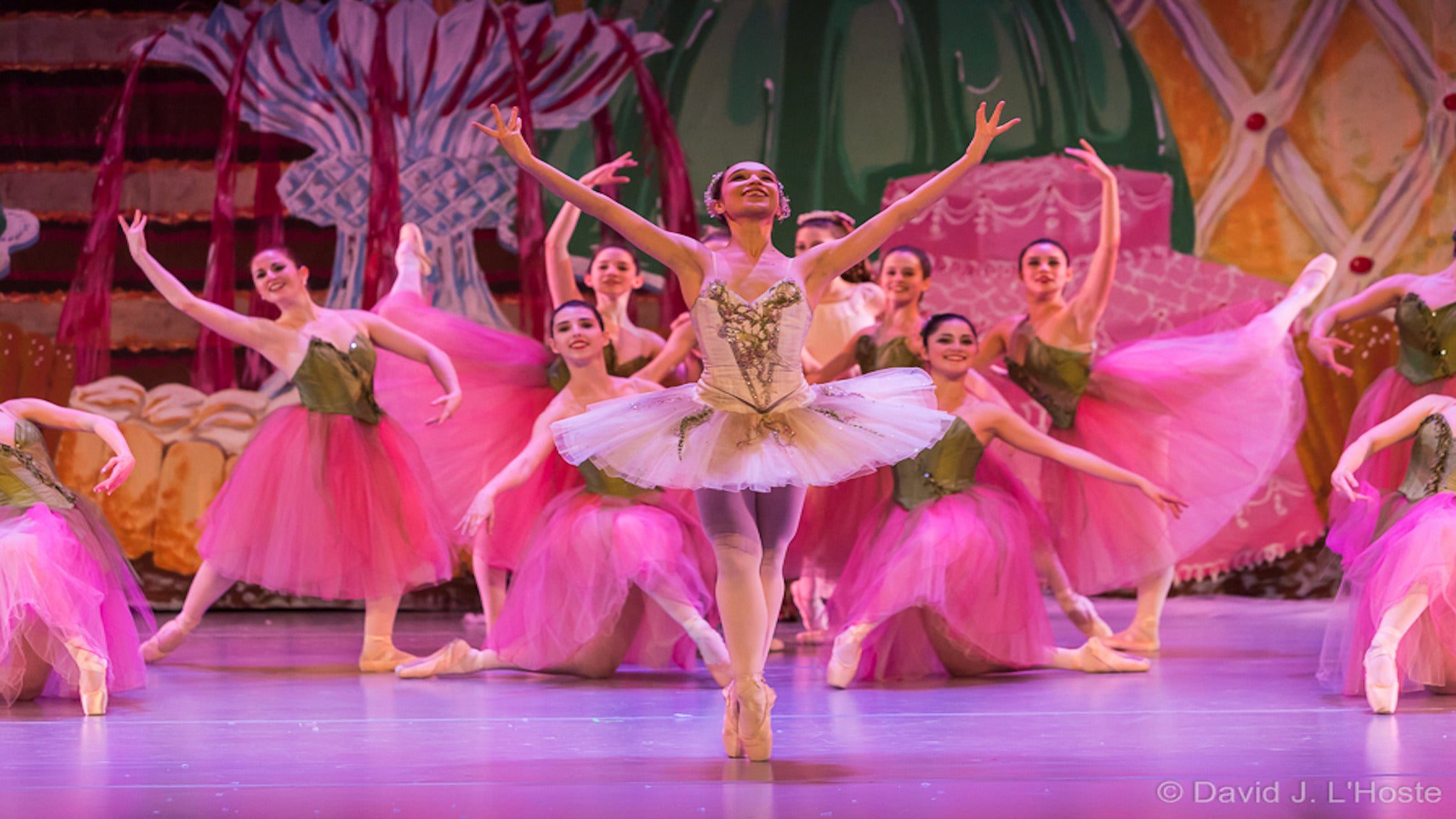 New Orleans Ballet Theatre presents performances of The Nutcracker, a two-act ballet, originally choreographed by Marius Petipa and Lev Ivanov with a score by Pyotr Ilyich Tchaikovsky.  Join us for two performances of this classic Christmas tale in Houma, Louisiana.

Purchase at the Civic Center Box Office and Ticketmaster.com. 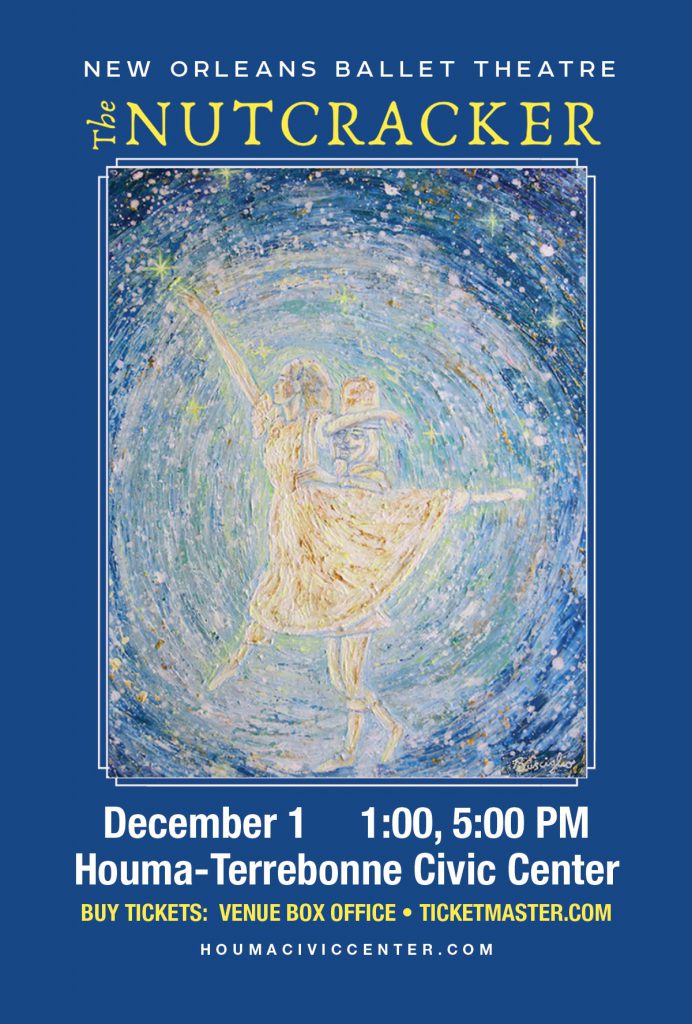 Act I: The Stahlbaum Home

It’s Christmas Eve and family and friends have gathered to decorate the Christmas tree. Children stand in awe of the tree and the party begins with them receiving presents. The clock strikes eight, and Drosselmeyer enters the room. A talented toymaker, he brings gifts for the children, including four lifelike dolls who delight everyone with their dancing before he puts them away.

Clara and Fritz are sad to see the dolls go, but Drosselmeyer has another toy for them: a wooden nutcracker. Clara takes a liking to the nutcracker, but Fritz purposely breaks it and Clara is heartbroken.

During the night, Clara returns to check on her broken nutcracker. The clock strikes midnight and she sees Drosselmeyer perched atop it. Mice fill the room and the Christmas tree grows tall. The nutcracker becomes life size as an army of gingerbread soldiers battle against and the mice, led by their king who begin to eat the soldiers.

The nutcracker leads the soldiers and dolls who carry off the wounded. The mouse king advances on the damaged nutcracker, but Clara distracts him, allowing the nutcracker to stab him. The mice retreat. The nutcracker transforms into a prince and leads Clara through a snow-covered pine forest and on to his kingdom.

Act II: The Land Of Sweets

Clara and the prince arrive in the Land of Sweets, ruled by the Sugar Plum Fairy until the prince’s return. He tells her how Clara saved him from the mouse king and how he was transformed into his old self. A celebration of sweets is produced in Clara’s honor and they all dance, accompanied by shepherdesses and Mother Ginger with her children, the Polichinelles. Flowers waltz and the Sugar Plum Fairy and her cavalier dance.

After a final waltz, the Sugar Plum Fairy ushers Clara and the Prince from their throne. The prince bows and she kisses Clara goodbye. She leads them to a reindeer sleigh which takes off as they wave goodbye.