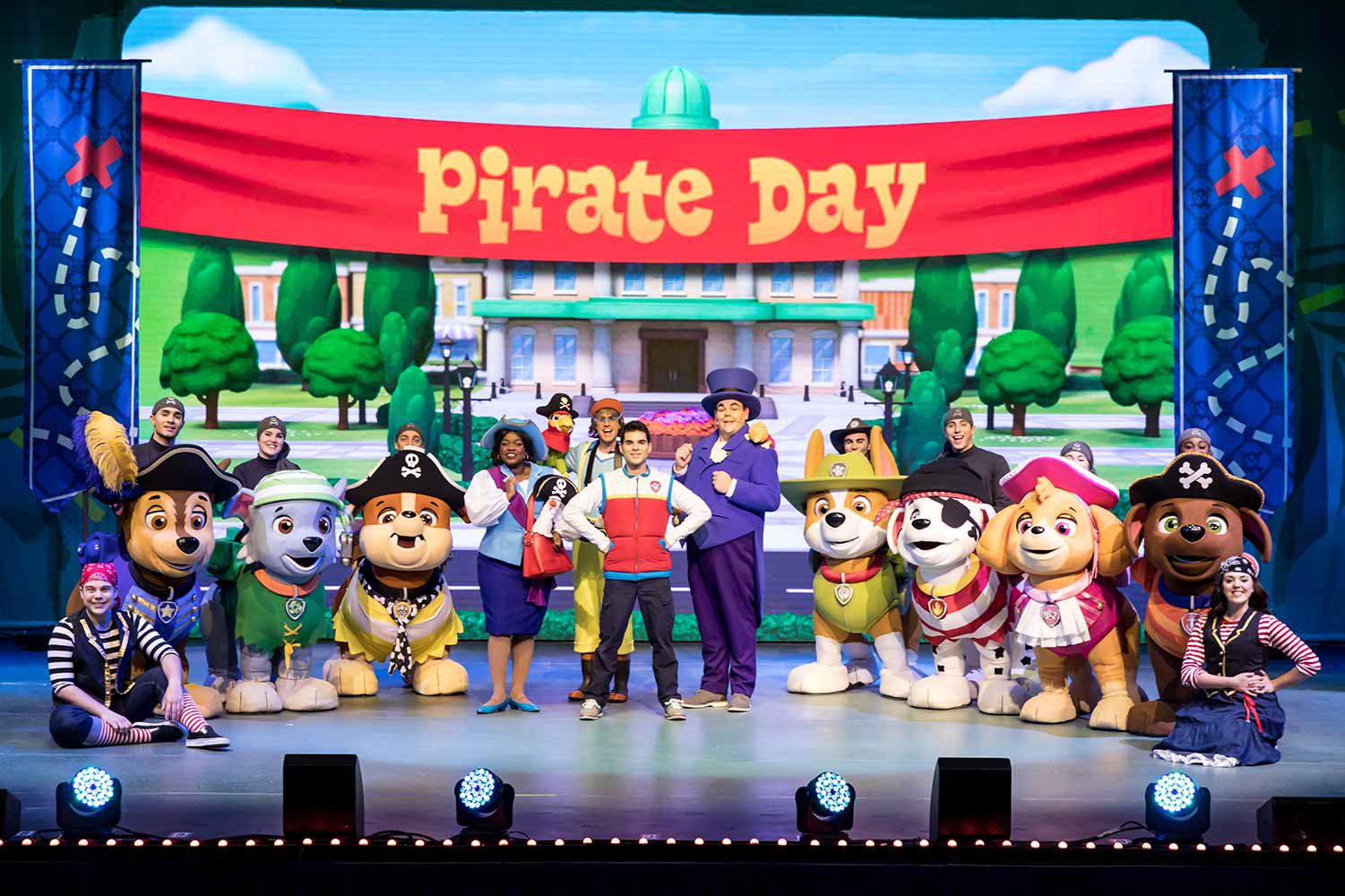 Join the Heroic Pups on a Pirate-Themed Mission When They Take the Stage at Houma-Terrebonne Civic Center, October 15 & 16

HOUMA, LA (May 21, 2019) – All paws on deck! Nickelodeon and VStar Entertainment Group present PAW Patrol Live! “The Great Pirate Adventure,” an action-packed, music-filled production, presented by Pedigree. The heroic pups from the top-rated animated preschool series PAW Patrol, produced by Spin Master Entertainment, embark on a pirate-themed adventure to uncover hidden treasure during the hit live stage show, playing at the Houma-Terrebonne Civic Center, October 15 & 16. Tickets for both performances go on sale May 31, 2019 and can be purchased at www.PAWPatrolLive.com.

In PAW Patrol Live! “The Great Pirate Adventure,” Mayor Goodway is getting everything shipshape for a big Pirate Day celebration in Adventure Bay. When Cap’n Turbot falls into a dark and mysterious cavern, it’s PAW Patrol to the rescue! Chase, Marshall, Rubble, Skye, Rocky and Zuma save Cap’n Turbot and discover a secret pirate treasure map that leads them on an epic adventure. Things get ruff when Mayor Humdinger wants to find the treasure first for Foggy Bottom. The pups need all paws on deck for this pirate adventure, including help from the newest pup who’s all ears…Tracker! Using their heroic rescue skills, problem solving and teamwork, the pups set sail to save the day. No job is too big, no pirate pup is too small!

Nickelodeon, now in its 39th year, is the number-one entertainment brand for kids. It has built a diverse, global business by putting kids first in everything it does. The company includes television programming and production in the United States and around the world, plus consumer products, digital, recreation, books and feature films. Nickelodeon’s U.S. television network is seen in more than 90 million households and has been the number-one-rated kids’ basic cable network for 22 consecutive years. For more information or artwork, visit http://www.nickpress.com. Nickelodeon and all related titles, characters and logos are trademarks of Viacom Inc. (NASDAQ: VIA, VIAB).